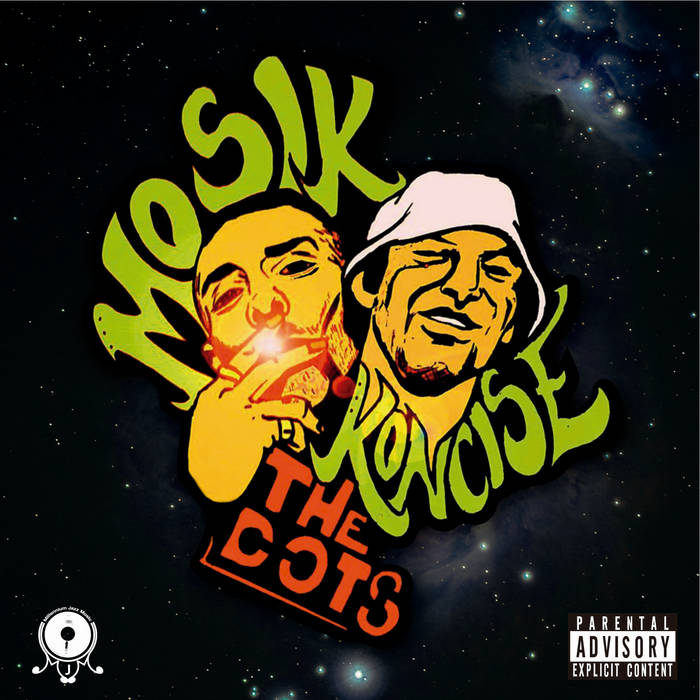 We are very happy to finally present The Dots LP to you all. This album is the result of Koncise and MoSik actually getting together to write and record the album in the studio and then spending the last year or so polishing it up and fine tuning it into this gem we have before us. The duo also brought in Ayo Odia during these sessions to record Sax on 'Cinnamon' 'Trippin' and 'Bodied'.

The album is described to have a kind of Ying & Yang element to it as it reflects the light and the dark, with side A of the record being the light and side B being dark, more trippy and spaced out due to the state of mind these artists were in at the time.

Production wise The Dots proudly struts it's stuff with that golden sound of Hip Hop with elements of Jazz, Soul and chopped breaks laced with some funky flows and wordplay. Press play and ask yourself... are you not entertained?

MJM119 - Mosik & Koncise - The Dots LP
Production and mastering by Koncise
Recorded, arranged and mixed by Koncise & MoSik
Written and performed by MoSik + featuring Cosm on 'Set It Off'
Sax by Ayo Odia on tracks 2, 6,12 and 14
Illustration by Dan Christie
Artwork by Ben Ktching, except Mandala by Nomadic Array
Executive producers: C. Komodromos, M. Naik and D.J Lewis

MJM is a collective of creatives and a tightly knit label based in London, with label siblings in various parts of the world.

Founded in 2003 with the main focus of providing production and sound engineering for artists and producers as well as workshops for young people.

MJM now focuses on project management and releasing material of various styles and genres in digital and physical format. ... more

Bandcamp Daily  your guide to the world of Bandcamp

Benji B talks about his new compilation ‘Deviation Classics’